Musical Director Cliff Retallick in performance at the Woman's Club of Hollywood
Our Mission is to promote education and enthusiasm about the art of silent film. Our Vision is a future where the silent film era is widely enjoyed and fully appreciated as a cornerstone of modern film and visual art. 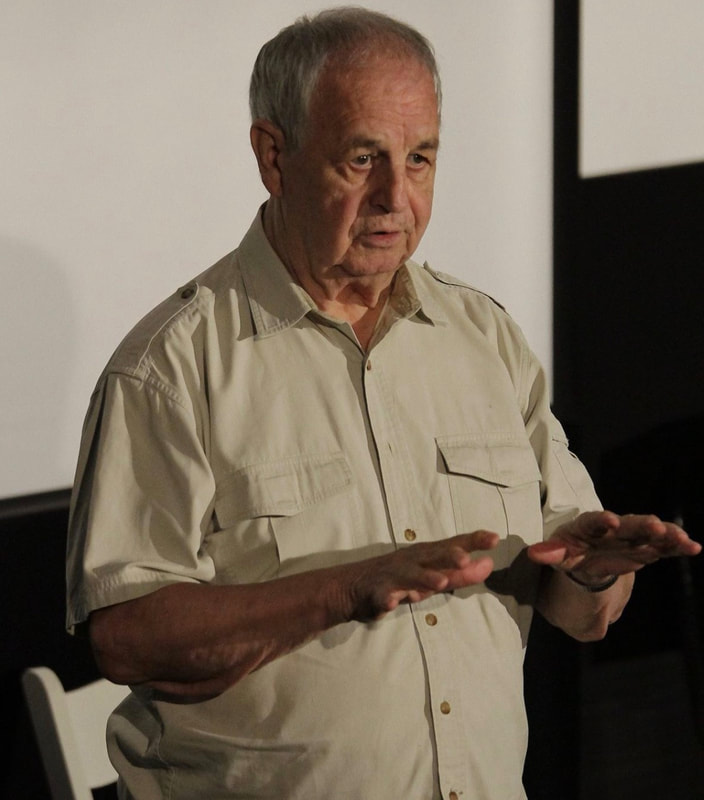 Our programs often include special guests (like actor Paul Dooley, shown above in a  special tribute to his idol, Buster Keaton) and focus on social issues, diversity and trailblazing female filmmakers. Please help us continue by making a tax deductible contribution now!
Donate
Most of us take the language of film for granted, not realizing that the earliest filmmakers had to carve that language from nothing. ​In just three decades, the silent film era produced a gigantic cultural breakthrough comparable to centuries of development in traditional art: the creation and growth of filmic narrative as a new, unique visual language.  It would be an incalculable loss if everything from the cave paintings of Lascaux, France through the works of the Italian Renaissance, when painters created the first masterworks using linear perspective, were to disappear, and yet that is threatened with our legacy from the silent film era.

Only a small number of people alive today have ever had the unique experience of attending a public silent movie screening with live musical accompaniment. Retroformat’s mission is to create enthusiasm about the art of silent film, which flowered for thirty years and provided the foundation for today’s filmmaking.  Retroformat conducts in-person theatrical screenings with live music, educational programming for public and private schools and online outreach.

Retroformat Silent Films is an educational 501c3 nonprofit, located in Los Angeles, California.  We were founded as a corporation on April 11, 2018 and achieved nonprofit status on April 11, 2019. In addition to theatrical screenings at venues like Grauman’s Egyptian Theater and The Hollywood Legion Theater, we maintain a new online archive for members, the Vault. We also screen silent films with live music and discussion for 6th, 7th and 8th graders at the Laurel Cinematic Arts and Creative Technologies Magnet School in L.A.